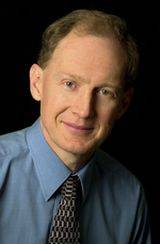 BY REFERRAL ONLY THROUGH AN OPTOMETRIST

Dr. Simon Holland is a specialist in cornea refractive and anterior segment surgery at the University of British Columbia in Vancouver, where he is a clinical professor. He also practices laser refractive surgery at Pacific Laser Eye Centre, in partnership with Dr. David Lin.

Dr. Holland was born and raised in Zimbabwe, Africa and completed specialty certification in Canada (FRCSC) and in the United Kingdom (FRCS) in 1982 and the American Board of Certification in the US in 1984. When Dr. Holland completed his residency in Ophthalmology at the University of British Columbia he then joined Project ORBIS International (then called Project ORBIS) as a full-time fellow.

Dr. Holland spent nearly five years full-time with the project, serving as the Field Medical Director for four years. He has travelled extensively with ORBIS, including missions to the Philippines, Thailand, India and many cities in China. In 1986 he returned to North America to continue studies at the University of Miami's Bascom Palmer Eye Institute. He continued on to serve as faculty before returning to Canada in 1989.

Dr. Holland remains very active in research and his interests include aspects of refractive surgery, corneal disease and international ophthalmology.